Money for testing soon to run out

Posted by Momin in Medical

“We just can’t stomach the thought of turning someone away that’s coming for testing,” said Personic Health Care.

Coronavirus testing providers lose the ability to be reimbursed for tests given to uninsured people on Wednesday, the first major casualty inflicted by Congress’ refusal to authorize new federal COVID-19 funding.

Testing is key in monitoring community spread, detecting outbreaks, getting people treatment, and preventing them from giving the virus to others. Some providers in the Philadelphia region said Tuesday that they remained committed to offering free testing to all and were assessing how they could cover the costs.

“We just can’t stomach the thought of turning someone away that’s coming for testing,” said Azmat Husain, chief medical officer for Personic Healthcare, which operates four local sites, including one at St. Christopher’s Hospital in North Philadelphia, where about 20% of patients are uninsured or undocumented.

Until now, private providers have been able to bill the federal government for the cost of COVID testing for the uninsured or underinsured. But since Congress scrapped an additional $22.5 billion in COVID-19 funding from a government spending bill earlier this month, the fate of the federal coronavirus response has been in limbo.

With funds running out, Tuesday was the last day the federal uninsured program would accept claims from testing providers. The Health Resources and Services Administration said it will also run out of money for vaccine claims in two weeks, meaning providers won’t be paid for giving vaccines to uninsured people, even though the shots themselves will remain free.

“We are increasing health disparities for our most vulnerable populations,” said Antoinette Kraus, executive director of the Pennsylvania Health Access Network, “when we should be continuing to build our public health infrastructure to be ready for the next wave.”

Without more funding, President Joe Biden’s administration has warned the United States could be caught without enough testing, treatments, or vaccines. Republicans have said they won’t approve funding unless the money comes from other areas, prompting an impasse that has gone on for more than two weeks. They have also asked for accounting of how previous pandemic relief funds were spent.

It also comes as Europe experiences a fresh wave of cases driven by the BA.2 variant, raising concern that a new surge could be on its way in the United States. Just weeks after new case counts dropped to pre-omicron surge levels, experts say it’s far too early to relax.

“As a new subvariant gains traction in the U.S., it is critical to maintain and increase access to testing,” Sen. Bob Casey (D., Pa.) told The Inquirer in a statement. “If we don’t, patients and providers, particularly in underserved communities, will pay the price.”

Democrats are continuing to push for funding. Rep. Mary Gay Scanlon said she is concerned about her constituents in Delaware County and South Philadelphia.

“The impact will be felt most heavily and immediately by the uninsured and communities with high numbers of uninsured people,” she said Tuesday in a statement. “Many providers would be left to determine on their own how to cover costs — absorbing them into the organization’s budget, passing them on to patients, or seeking other sources of funding such as grants and state/local funds.”

The White House has proposed measures aimed at managing and containing the pandemic — such as increased focus on treatment, better surveillance of virus activity and new variants, and other steps endorsed by public health experts — that are largely contingent on funding.

“Our ability to maintain the level of normalcy we have now is predicated on the vaccine and testing and therapeutic infrastructure we’re able to provide,” said Husain.

Free testing has been a pillar of the country’s response to a pandemic that disproportionately hurt low-income communities and people of color. In addition to threatening an end to universal free testing, the lack of fresh funding also could limit the nation’s ability to make treatments, such as monoclonal antibodies and antiviral pills, more widely available; to help manufacture at-home tests; and to send vaccine to the rest of the world.

The White House has also said the government doesn’t have enough money to purchase more vaccine doses if a fourth dose turns out to be needed for all Americans, though it will be able to inoculate those under 5 and to give a fourth dose to the immunocompromised.

If people who are uninsured can’t get tested for free, some may forgo testing altogether and unknowingly spread COVID-19, advocates said.

In West Philadelphia, TestNowandGo hopes to keep offering free testing to people in underserved communities, said Erica Prowiser, executive vice president of GENETWORx, the lab that processes tests from the site. The company is reviewing its options for keeping testing available at its site at Emmanuel Christian Church, which is open every Wednesday.

“It’s our hope that Congress will realize that we are potentially facing another surge,” Prowiser said in a statement, “and that accessibility to local testing is needed in all communities.”

Personic plans to keep offering free testing and cover the costs of testing for the uninsured, at least for the immediate future, at its four Philadelphia-area sites in Springfield, King of Prussia, and North Philadelphia. Husain said he hopes another massive surge doesn’t arrive soon, but if one does, funding will be even more critical.

“If we just rewind 60 days ago, we were at the peak of the worst of the pandemic,” he said. “We really feel as if there’s almost a sense of ‘Hey, COVID is gone,’ and our concern is that the sense of complacency is quite premature.” 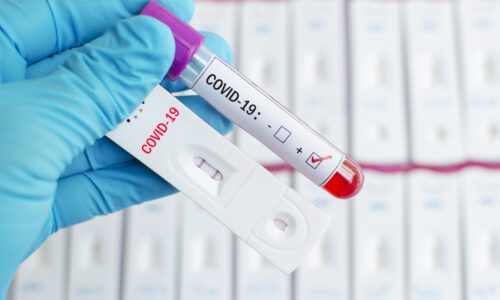 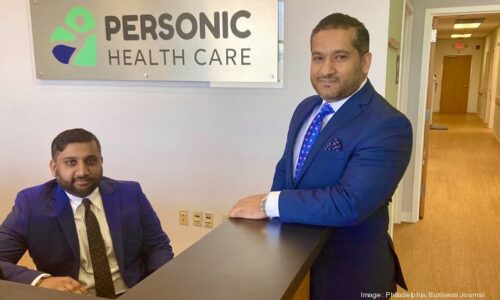 We are expanding beyond covid-19 testing